Art has often been an important tool in protests against oppression, now and throughout history. ‘Global(e) Resistance’, the exhibition in Centre Pompidou in Paris, looks at the influence of art on the way people think in times of turmoil, and whether art can adjust previously held beliefs. Alternative interpretation of history is also explored. Work is featured from more than 60 artists acquired by the museum over the last decade, with art from Africa, South East Asia, Latin America, the Middle East.

Ideas and strategies in the context of contemporary art are examined - as are connections between aesthetics and politics and the way museums today relate to politics and the different art scenes. ‘Global(e) Resistance’ focusses on political uprising during the era of decolonisation and the collapse of communist ideologies after 1989. Colonial systems crumbled and many voices have been heard, commenting on political matters, questioning our take on history and often leading to new resistance through art, poetry or prose. 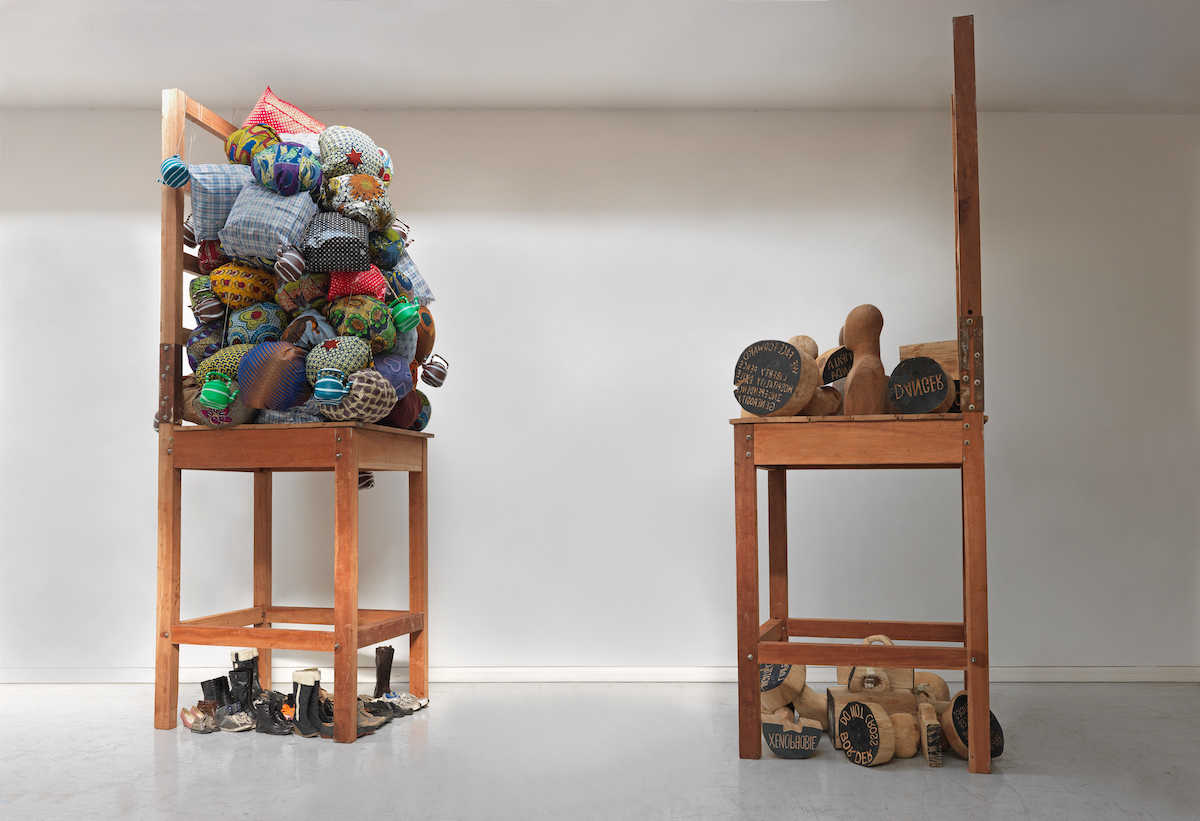 The exhibition starts with two founding works of the Centre Pompidou’s 1990s collection: the installation and videowork ‘Partially Buried’ (1996) by Renée Green about subjective memory in history writing, and a film on continuing colonial reflexes. This film, ‘The Couple in the Cage: Two Amerindians Visit The West’, was a travelling performance art piece in 1993 by Coco Fusco and Guillermo Gómes-Peña, exhibiting themselves as caged Amerindians from an imaginary island. Meant as a satirical commentary the project became a social experiment, as the artists soon realised many viewers believed them to be real ‘savages’. The interaction with the audience was recorded and combined with ethnographic archive material, creating a strong reflection on morality. 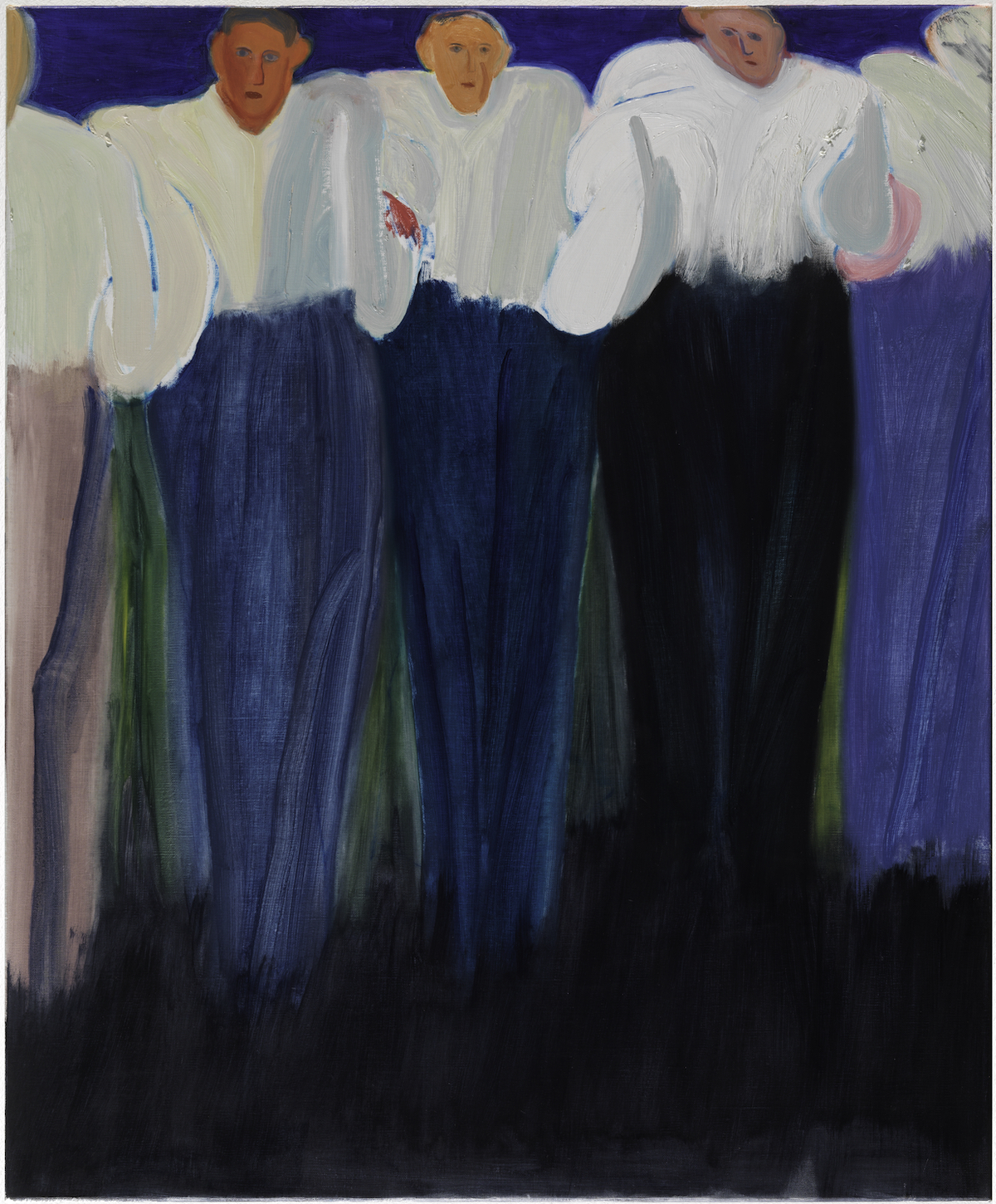 Important contributor to the exhibition is Barthélémy Toguo, a multiple disciplinary artist from Cameroon (West-Africa) whose work addresses migration, colonialism, race, exile and displacement. His sculpture titled ‘Redemption’ welcomes the public, symbolising the meeting of the North and the South. ‘Redemption’ consists of two enormous chairs, one covered by African luggage and the other by giant, official looking stamps. On closer inspection the stamps contain words such as ‘danger’, ‘do not cross border’, ‘xenophobie’. There is also a stamp saying ‘We face forward – liberty peace hospitality exile independence generosity’. The ‘stamps’ have been used as slogans throughout the exhibition. Toguo, who lives in Paris, is a respected artist in France; in 2011 the French government awarded him the high ‘Ordre des Arts et des Lettres’ for his creative work and building bridges between nations.

Other works also function as manifestos, with Khalil Rabah highlighting the Palestinian situation, Teresa Margolles the Mexican border and Nadia Kaabi-Linke the wandering of migrants and the homeless. Khalil Rabah’s life size adult figure is poignant. The bare-foot figure -based on a known painting of a man carrying Jerusalem- is clearly struggling under the invisible weight on his shoulders. The irony lies in the title ‘All is well’(2017) – a reference to the denial of people’s suffering in conflict zones. Repression of society and authoritarian control are tangible in ‘Human Chain’ (2014) by the Asian painter Firenze Lai – against the background of protests in Hong Kong and Chinese control, but the location is not recognisable and the issue therefore universal. 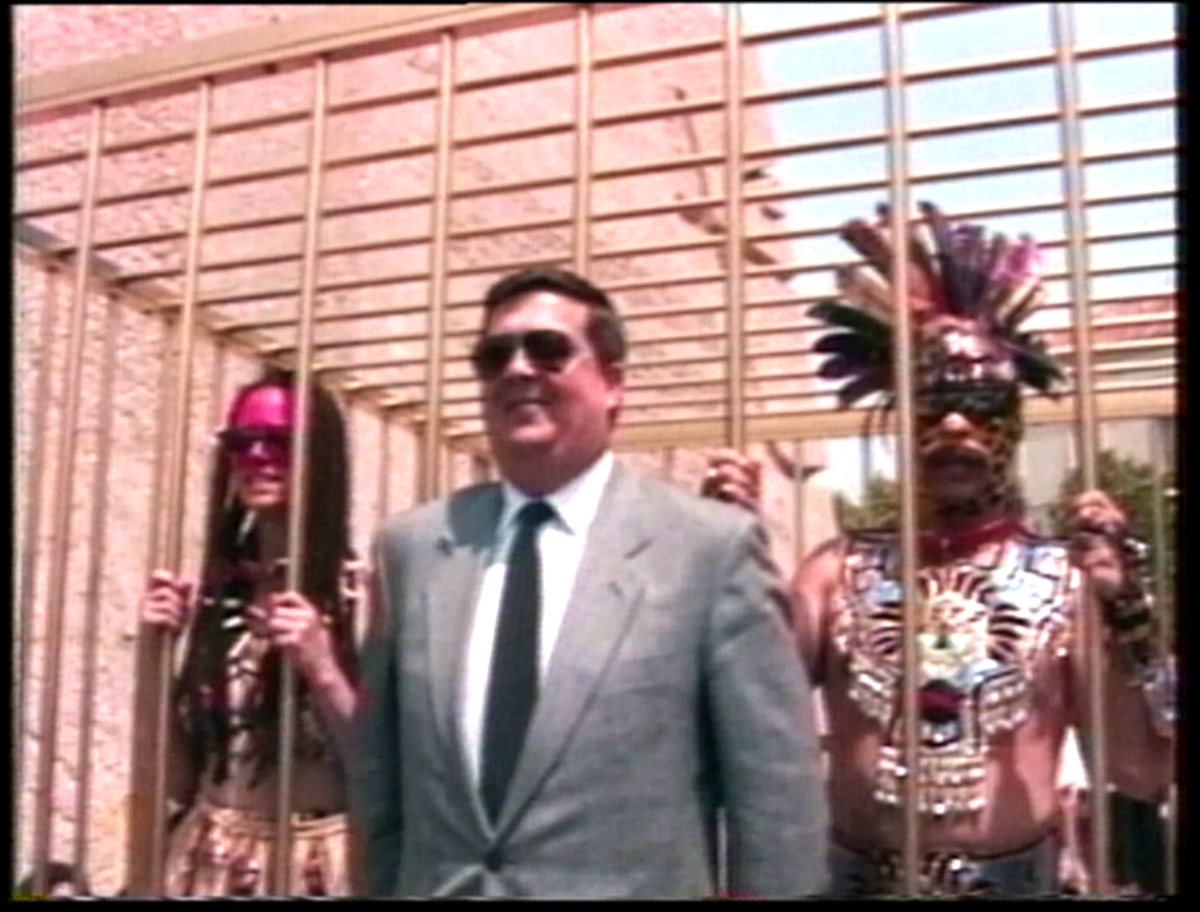 The exhibition is installed across 1,500 sq.m space on the fourth floor of the museum. The scars of economic decline, socio-political unrest and urban recomposition haunt some works. And apartheid, the questioning of communist theory (Propeller Group), the onset of an authoritarian world (Pratchaya Phintong). They are starting points for protest works attempting to reconcile individual accounts with collective traumas. Other work warns against the environmental threats (Chim Pom, Yin Xiuzhen). In a more contemplative section, literature and philosophy are the base for inward-looking resistance - as in the work of Mohssin Harraki and M’barek Bouhchichi or ‘Facing the Wall’ by Song Dong in which a Zen attitude mingles with spiritual combat. More traces of colonialism can be seen in a second part of the exhibition, and the issue of migration (Younès Rahmoun, Halil Altindere and Liu Chuang). The feminist struggle is portrayed (Susan Hefuna, Marcia Kure), as are newly raised gender issues. 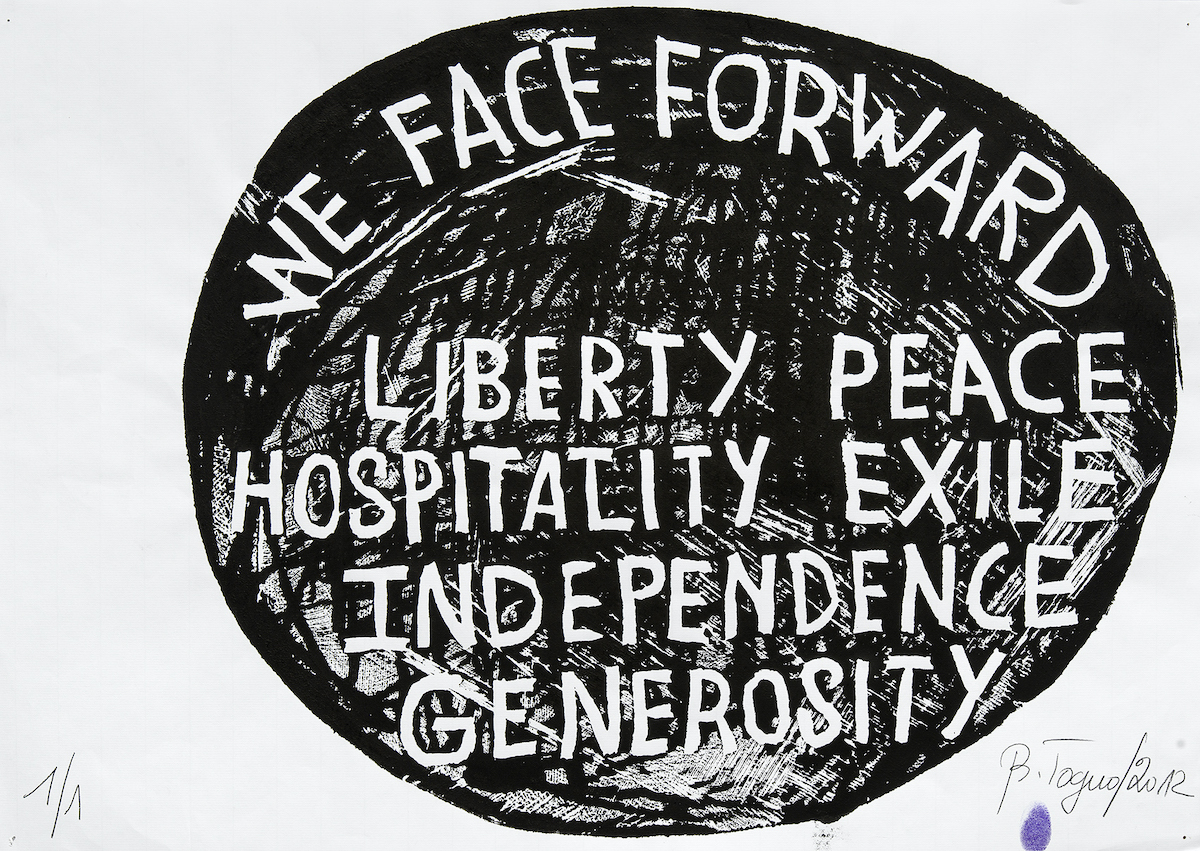 A catalogue, based on works in the collection, is available in English and French. With essays by Centre Pompidou’s curators Christine Macel, Alicia Knock and Yung Ma, exploring the relationship between aesthetics and politics. Also the changing role of museums, their responsibility to educate to make art and resistance art available to a larger, less privileged public - and the influence of artists on this process.