A new year, and a wealth of new exhibitions in Europe - if we are lucky we will even be able to visit them. If not, many museums offer rich programmes of talks, events and exhibition material on line. Not the real thing, but a treat nevertheless and a good way to reduce your carbon footprint.

Here is our European Top 10: a choice of exhibitions and fairs in 2021, from fabulous classics in Dresden and Prague to Banksy in Rome, and in Copenhagen the topical history of art in times of epidemics. Of course we include Amsterdam, Bilbao, Brussels and Paris. Also London -although England doesn’t think they’re in Europe anymore. But London and other big cities always were against Brexit so we will leave them in for the present; the exhibitions are not to be missed.

Please do check the dates and opening hours beforehand because they can change in these uncertain times. And keep an eye on rules for advance booking.

The Stedelijk Museum is Amsterdam’s main modern and contemporary art museum. Check out ‘Stedelijk Base’, the permanent installation featuring around 700 pieces. Situated on Museumplein, the Stedelijk is a neighbour to the Van Gogh Museum and the Rijksmuseum. No time to visit? Amsterdam airport hosts 10 paintings of the Dutch Golden Age from the Rijksmuseum collection, on Holland Boulevard (between Lounges 2 and 3 in non-Schengen departures); open 24 hours a day to passengers, free of charge.

This comprehensive exhibition investigates the evolution of Kandinsky’s work. The Russian born painter was one of the foremost artistic innovators of the early twentieth century. Vasily Kandinsky (1866-1944) set out on a crusade against conventional aesthetic values and discovered a new subject matter based solely on the artist’s ‘inner necessity’, in a dream of a more spiritual future through the transformative powers of art. This would remain his lifelong concern. Kandinsky advanced abstraction and elicit what he called ‘the hidden power of the palette.’ For this artist even the most abstract forms kept their expressive, emotive content - the triangle embodied active and aggressive feelings; the square peace and calm, and the circle the spiritual and cosmic.

Hundred works by Pierre Alechinsky, a tribute to one of the greatest living artists from Belgium. Paintings and drawings from the collection of the Royal Museums of Fine Arts of Belgium, alongside new exceptional donations. Pierre Alechinsky (1927) was a leading member of the avant-garde group Cobra. By 1960, his international fame grown, he had exhibited all over Europe and in America. Alechinsky has been recently awarded the Praemium Imperiale, considered the Nobel Prize of Arts. His works are held in collections worldwide, and he is known in universe:  in the year 2000 the main-belt asteroid 14832 Alechinsky was named in his honour.

So topical we have to include this exhibition: The National Gallery of Denmark looks at how epidemics have affected our world. Art history has been influenced by epidemics. In art, mankind has been able to process the old world and create images of a new one. Epidemics have given art new subjects to address, paved the way for new modes of expression, new roles for artists, and new ways of living.

The museum has selected 25 works of art from its own collection, all of which show how various epidemics have shaped history and the lives of individuals. Spanning 700 years of art visitors can follow the ‘epidemic trail’ through the ages. Stops include the Black Death of the 14th century, cholera in the 1850’s, tuberculosis, the Spanish flu and the AIDS epidemic. The trip also explores dilemmas and issues that the corona pandemic has brought with it. The epidemic trail leads up to this very moment.

The ‘Girl Reading a Letter at an open window’ will be the centrepiece of this exhibition on the Dutch master Johannes Vermeer. One of the world’s most famous paintings of the Dutch Golden Age, it was acquired for the Paris-collection of King of Poland (1742). Since, this early masterpiece by Vermeer has been part of the Dresden Old Masters Picture Gallery. The painting has recently been undergoing restoration. It was discovered the extensive area of overpainting in the background was not done by Vermeer himself. Removal of the layer has revealed a spectacular Cupid, a ‘painting within the painting’ on the rear wall of the room.

Along with nine other paintings by Vermeer, some 50 Dutch works have been selected from  the second half of the 17th century: amongst others by Pieter de Hooch, Van Mieris, Ter Borch, Gerard Dou and Jan Steen. These paintings illustrate the artistic environment Vermeer worked in. This exhibition in Dresden will be one of the most spectacular in the history of the museum– and the largest in Germany yet on Johannes Vermeer.

It is official: most visitors come to this dynamic Scottish city for its culture. Glasgow was the power house behind the industrial revolution, and in recent times has been turned into a cultural centre of world class, creating and attracting great talent. Glasgow International is the largest biennial festival for contemporary visual art in Scotland, with over 60 admission free exhibitions, performances and events taking place over 18 days across the city. Due to covid last year’s festival was postponed and should now take place in June, all being well. The theme for this 9th edition is Attention. Artists lined up are New York based Seher Shah, interdisciplinary artist Kameelah Janan Rasheed, the Netherlands based artist Dan Walwin (installation), and many others. Very international and this is no surprise; like London, Scotland never wanted Brexit.

The Making of Rodin

Tate Modern proudly presents Rodin. This exhibition features over 200 works, many of which have not been seen outside of France before. Working at the turn of the 20th century, Auguste Rodin created sculptures with an expressiveness and emotion rarely seen before. This major exhibition offers a unique insight into Rodin’s processes, highlighting the crucial role of plaster in his practice. Although the French artist is best known for his bronze and marble sculptures, his greatest skill was as a modeller, who captured movement, light and volume in pliable materials such as clay and plaster. A stockpile of plaster body parts allowed him to experiment with fragmentation, assemblage and repetition, exploring groupings and poses. Seeing his work in plaster is the closest we can come to Rodin’s thinking. Musée Rodin offered Tate unprecedented access to their collection.

Galleries of the 20th century

The Centre Pompidou continues its homage to the great dealers in modern and contemporary art active in France from 1905 to the end of the 1960s. The second cycle of the ‘Galleries of the 20th century’ is a rich and eclectic overview, this year dedicated to nine new gallery owners and the art they presented. The works now form part of the Centre Pompidou collections.

The tour starts with gallery owner Léonce Rosenberg. In the period between the two world wars he succeeded Daniel-Henry Kahnweiler as defender of Cubism and his gallery, ‘L'Effort Moderne’, also promoted abstraction. Next is Pierre Loeb's gallery which, beginning in 1924, exhibited the greatest artists of the early 20th century in Paris at the time, including the Surrealists. The number of galleries in the capital increased after the Second World War, often with an important role. Centre Pompidou includes the Studio Paul Facchetti, renowned for hosting the first solo European exhibition of Jackson Pollock in 1952, the Nina Dausset gallery, a friend of the Surrealists, and the Colette Allendy gallery which famously presented the very young Yves Klein. The Galerie Maeght, soon to become the leader, promoted Pierre Bonnard, Fernand Léger, Joan Miró and Alexander Calder who would go on to become great 20th century classics.

Peter Paul Rubens and the Master Engravers of Antwerp

Peter Paul Rubens (1577-1640) is one of the greatest names in European art history. The prints made according to his templates contributed to the fame Rubens enjoyed throughout Europe. The artist collaborated with several prominent printmakers, all of whom made works of great artistic value under his supervision. The most highly respected master engravers who worked with Rubens include Lucas Vorsterman, Paulus Pontius and Schelte à Bolswert. Prints were made during Rubens’ lifetime even without his agreement, and their number increased after his death. But only prints made under Rubens’ supervision have that true ‘stamp of originality’. The National Gallery in Prague is pleased to present a selection. 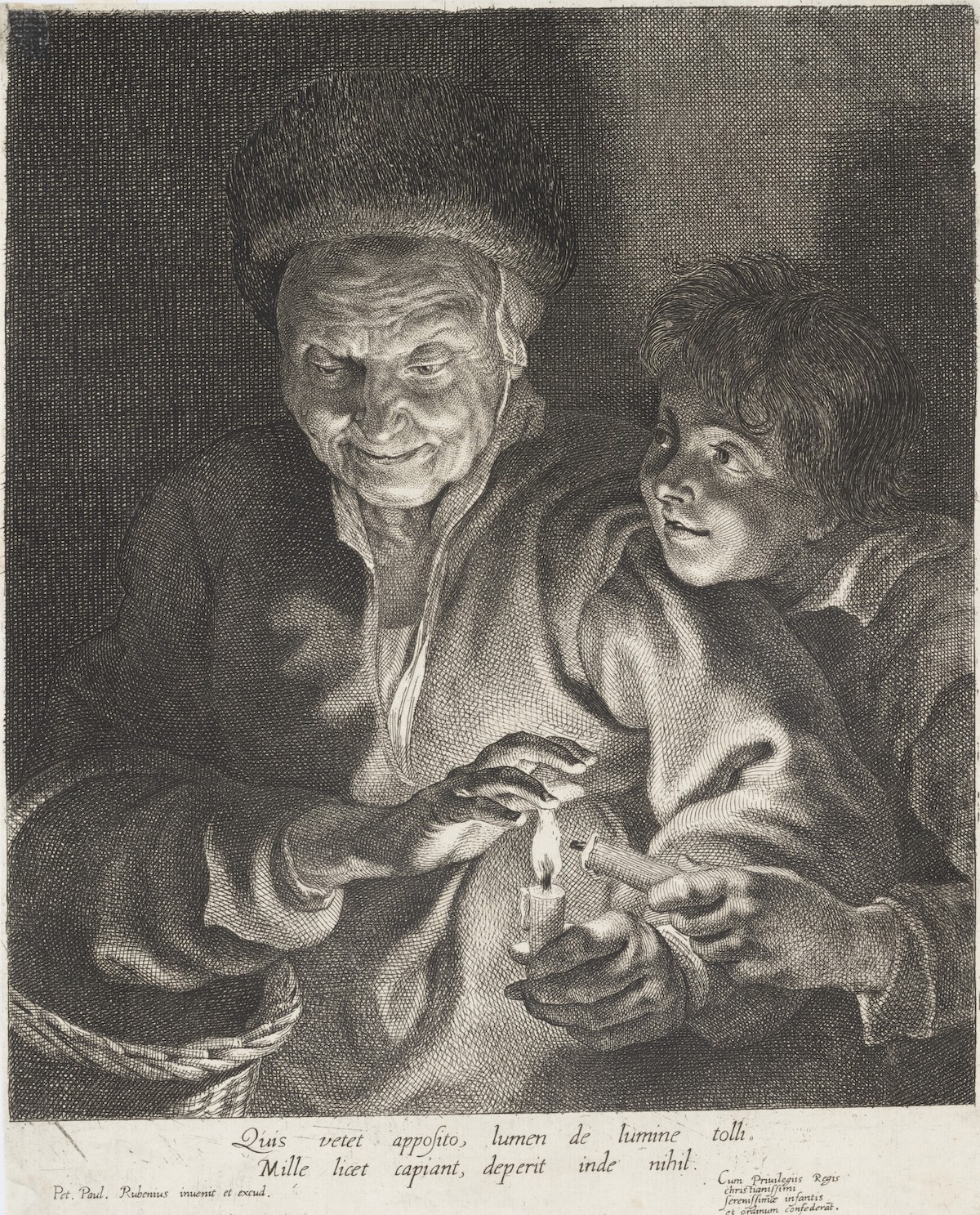 The 16th-century architecture of the Chiostro del Bramante in Rome was chosen as a setting for the artist who has charmed the world, through works steeped in irony, denunciation, politics, intelligence, and protest. Over 100 works illustrate Banksy’s world, all from private collections. Examples: Love is in the Air, Girl with Balloon, Queen Vic, Napalm, Toxic Mary, HMV. Also press runs for the book Wall & Piece and projects for vinyl, book and CD covers.

Banksy said: ‘I was pretty bad with the spray can, so I started cutting out the stencils’. On display are paper or canvas prints, a selection of works made with different techniques – oil or acrylic on canvas, spray on canvas, stencils on metal or concrete, painted polymeric sculptures, varnished bronze.