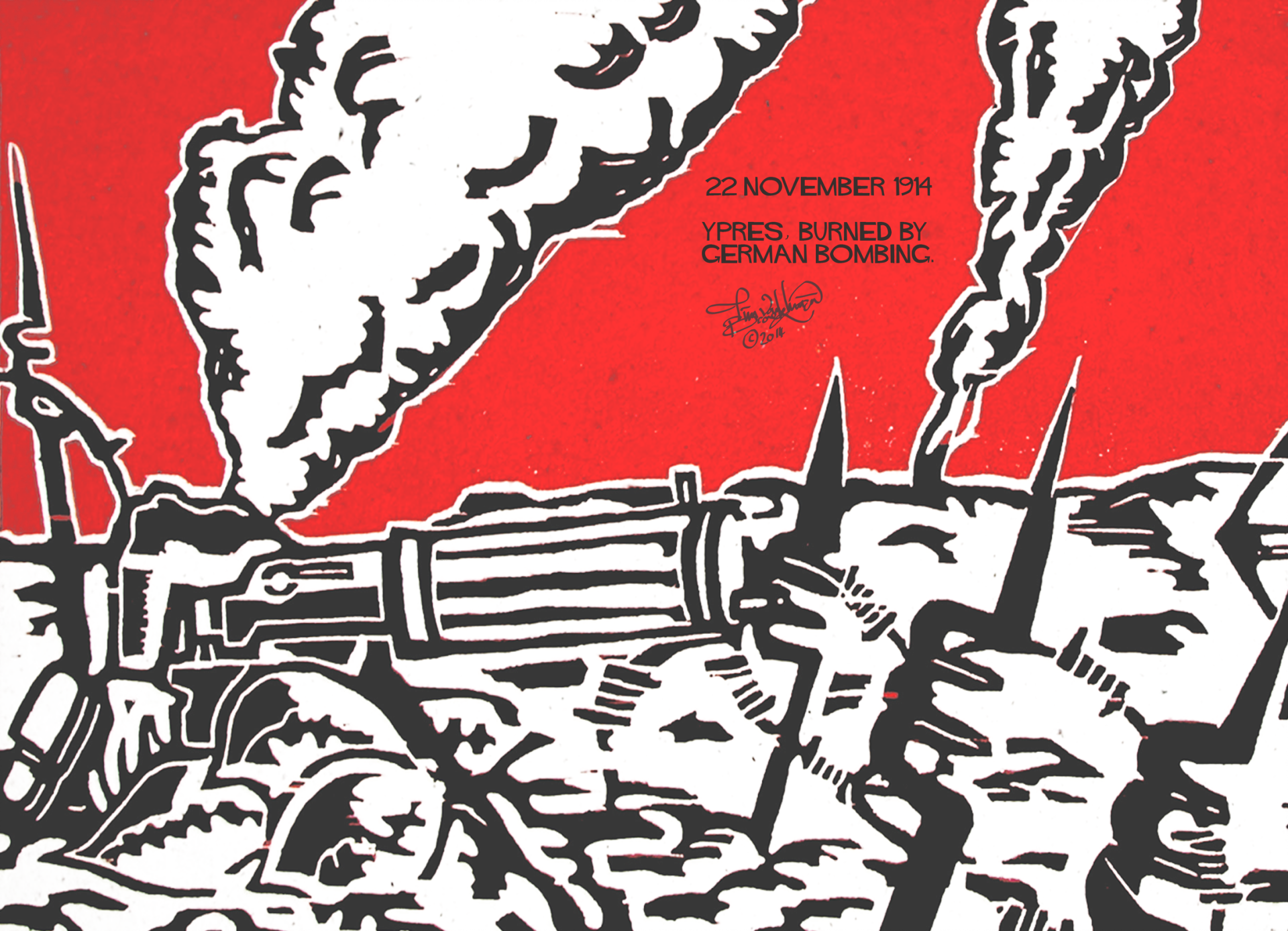 The First World War centenary made Dutch illustrator Tim van Broekhuizen realise how little he and other people in The Netherlands today know about this important conflict. He decided to study the war years 1914-1918 and, as a visual arts teacher eager to pass on knowledge, is now completing an illustrated diary about this troubled era. The illustrator produces one drawing per day, highlighting one of the many war aspects. It is a substantial project: the end product will encompass 1600 colour images to be published in five books, one for each war year. Short explanations in English are included. The series is titled The Great War Day by Day - the first part will soon be out in print thanks to crowd funding.

- Five books with 1600 images reveal a huge fascination. What was your starting point?

I have always been interested in history, particularly the twentieth century because this is our own time frame. I was born in 1980 in The Netherlands and grew up listening to the stories of our parents and grandparents about the Second World War. This was in recent memory, with people still trying to find answers to how such dramatic events could have taken place. Big commemorations of 1940-1945 wartime anniversaries in The Netherlands were and still are planned years ahead. 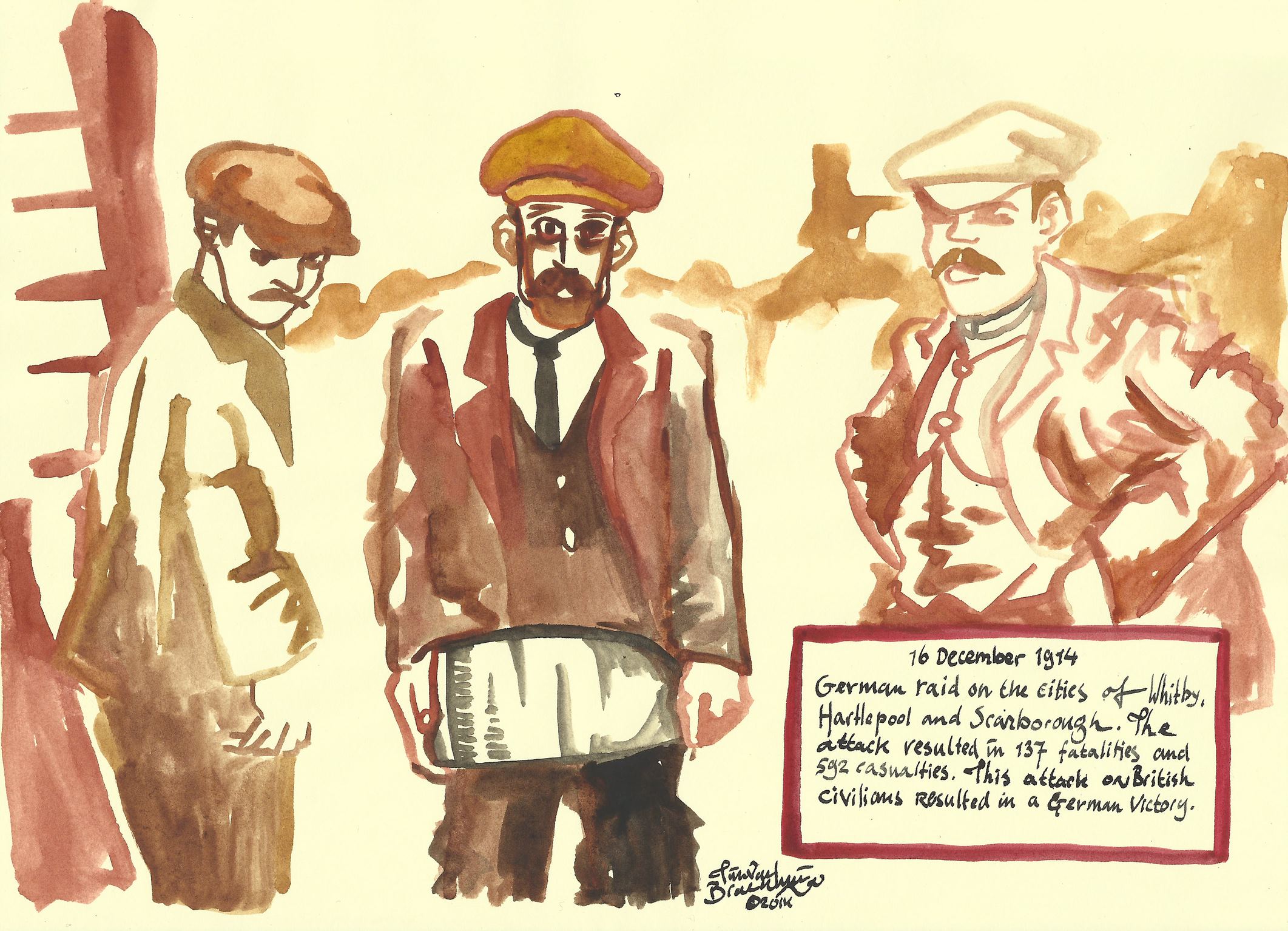 But the First World War is in my country less ingrained in our national mind. The Dutch writer and historian Geert Mak has indicated the First World War by-passed The Netherlands somewhat, the big battles and lasting traumas were elsewhere. Of course we knew about the trench horrors. But only when I studied the period in-depth, I started to understand how many facets this war had consisted of. The rise of ideologies, the acceleration of emancipation of women, the big international migrations, the mobilising of people from other countries to fight for our countries, the reaction in far away colonies; developments inside and outside of Europe, from Flanders to Ghandi’s role in South Africa, and events in Russia.

Many ingredients fell under the umbrella of ‘The Great War’ – a very destabilising era with far reaching consequences. With my images I try to show however this war was not one coherent moment in time, but a many-sided episode, often without any structure. On the contrary, it was a big mess, a mixture of many events. In my books I highlight an event a day, to get across how many things happened at the same time and why this is a lasting influence on our cultures, our countries and even our private lives now. I decided to create an image every day, of a day in the First World War. To put a human face on the chaos. And also to create a large work.

- Most First World War images are in black and white, but you use colour.

I have done this on purpose, to present a fresh figurative language giving more insight into this destructive conflict. It emphasizes the fact the war was not one big grey mass of soldiers. When you google ‘World War One’ all you see is black and white images. Colour brings this history to life. I have investigated what colours were prevalent during The Great War. And saw for instance uniforms of the same country could vary in different locations. The colours I have used in my art work are based on this research, but I have also allowed myself to use my own approach. For the legendary story about France hiring private taxis to transport troops I have emphasized the primary colours yellow, red and blue. For the dress of a woman portrayed in black and white in Vogue, I just guessed.

Each image asked for its own technique. I have traced existing images and filled them in with colour, but also drew my own versions. Some pictures are nearly abstract, others are detailed only in part, like ships at sea against a more abstract background. I discovered how surprising and enjoyable this freer approach is.

But first and foremost I use colour to give more insight into the daily reality of all it involved. My aim is to convey the feeling behind the image. Also to connect past and present. There still is chaos in the world, again there is mass migration, again the leaders of nations do not know exactly how to manage the many complex issues. No one really knows. And again the daily life of a large number of people is affected. There are parallels. 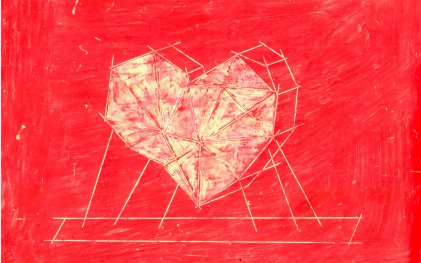 For Carmelo Buffoli, Swiss-Italian conceptual artist, grasping the essence of existence is his core subject. It is a constant search, using various techniques -images, illustrations, installations, video- to express his discoveries. Meticulous diary... 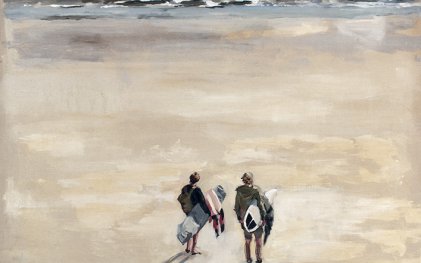 Interview Ellen Davidzon: Light, and the other side

Ellen Davidzon, Amsterdam-based and self-taught in art, with a degree in psychology, is known for her oil paintings with beach- and city scenes full of light. Seascapes, skies, sand, happy days on the beach, timeless and free. The city -Amsterdam... 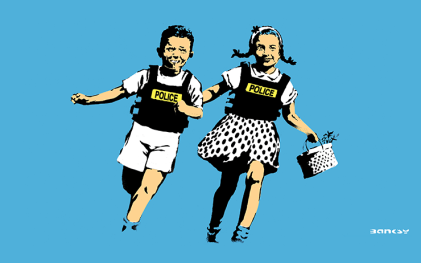 A new year, and a wealth of new exhibitions in Europe - if we are lucky we will even be able to visit them. If not, many museums offer rich programmes of talks, events and exhibition material on line. Not the real thing, but a treat nevertheless and...