The ghost dog of the Simmerdyk still roams around

Depiction of a folk tale set on the Simmerdyk (Summer road) between Hurdegaryp and Burgum. The depicted wâldhùske (forest house) can be found there. On the photo image the wâldhûske is brought back in time when the folk tale was told. Lying on a sandy path. The sandy path photographed in Noardburgum, which has since largely disappeared due to the construction of the Centrale As (motorway from Dokkum to Nijega).
Maartje Roos (1986), doesn’t take pictures, she creates images.

Her narrative images are all manifestations of creating her own reality. This makes her demand the utmost of her creativity. An image always starts with a picture in her head. That picture will be transferred into a photo. This is not only a matter of quickly taking a photo; it is a long term process in which she is in charge of everything. Research, location, models, clothing, lighting, shooting and editing are all part of the process. She creates one photo out of multiple photos, using the digital palette and her ability to empathize. She adds and omits, balancing on directing, registering and composing a photo. In the end all that remains is her image. An intens and very detailed image of what once might have been.

Her work seems to be a photographic answer to the painting of the Old Masters, in which identity, nature and history are recurring subjects.

A painter can keep on painting, for example a landscape, to reality but can also add or omit parts. This determines the meaning and composition of the painting, or in this case the photo image of Maartje. Composing various picture elements (she always arrange, photograph and edit everything by her self) Maartje Roos can put a unique work and tell her own story.
Her images are all small quests for the connection between present and past and for the influence of that past on the present time. She determines how certain people, buildings, and other things looked like in their heyday and asks herself what effect it has had on the world of today.

“I want to take the viewer into my world, my passion, fascination and stories and I hope that people consciously or unconsciously get something, a feeling, a message or recognition from my images and stand still, look and dream away.”

Other work of Maartje Roos 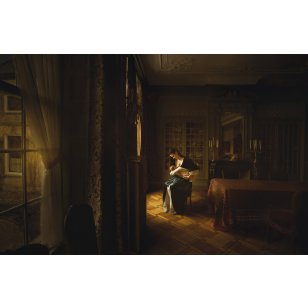 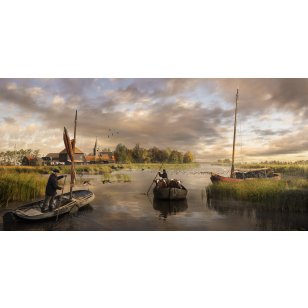