How did it all start?
With the Swiss mountains that surround him a constant inspiration, Karim Kanoun, a Tunisian-born artist consistently produces arts that —in his clients’ words— “turns a standard location into a dreamy place.”

Karim’s homeland itself provided plenty of inspiration in his early days. Trailing his father, an amateur photographer, as he shot photos of the country’s breathtaking scenery, young Kanoun picked up the camera himself one day. The rest is history.

From a passion to a profession
At first a hobby, photography soon evolved into a passion as he traveled around Tunisia, France and USA shooting photo after photo with his compact camera. In 2010, Karim moved to Switzerland and bought his first professional camera. There, amid the splendor of the Alps, his art started to become a profession. After only two years in the business, he sold his first photo to Smithsonian Magazine. Since then, he won several national and international awards along the way.

In his adopted homeland, several tourism offices have commissioned his work for their brochures. Karim can take a touristic spot whose much-photographed standard image has become trite, exhibit its inner charm, and makes it attract visitors to discover its hidden beauty.

The secret behind his photography passion
The secret to his award-winning style? Karim thinks of a landscape photo not as a Xeroxed reproduction of reality, but rather as a: “whole new world created with my vision and my imagination.”. He envisions himself as a director who takes an ordinary landscape and transforms it into the stuff of dreams.

When he’s not working, Karim loves to hike, immersing himself in the breathtaking mountain scenery, gathering inspiration for his next creative vision. When he returns to the studio, Karim continues to pursue his goal of sharing that vision with the rest of the world.
Read more 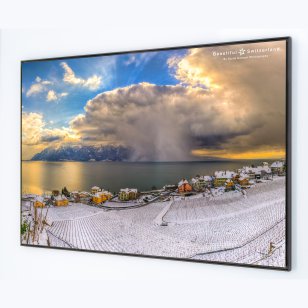 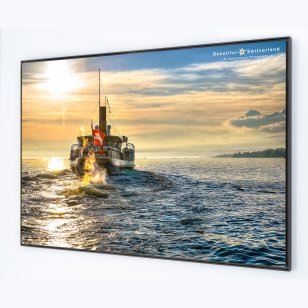