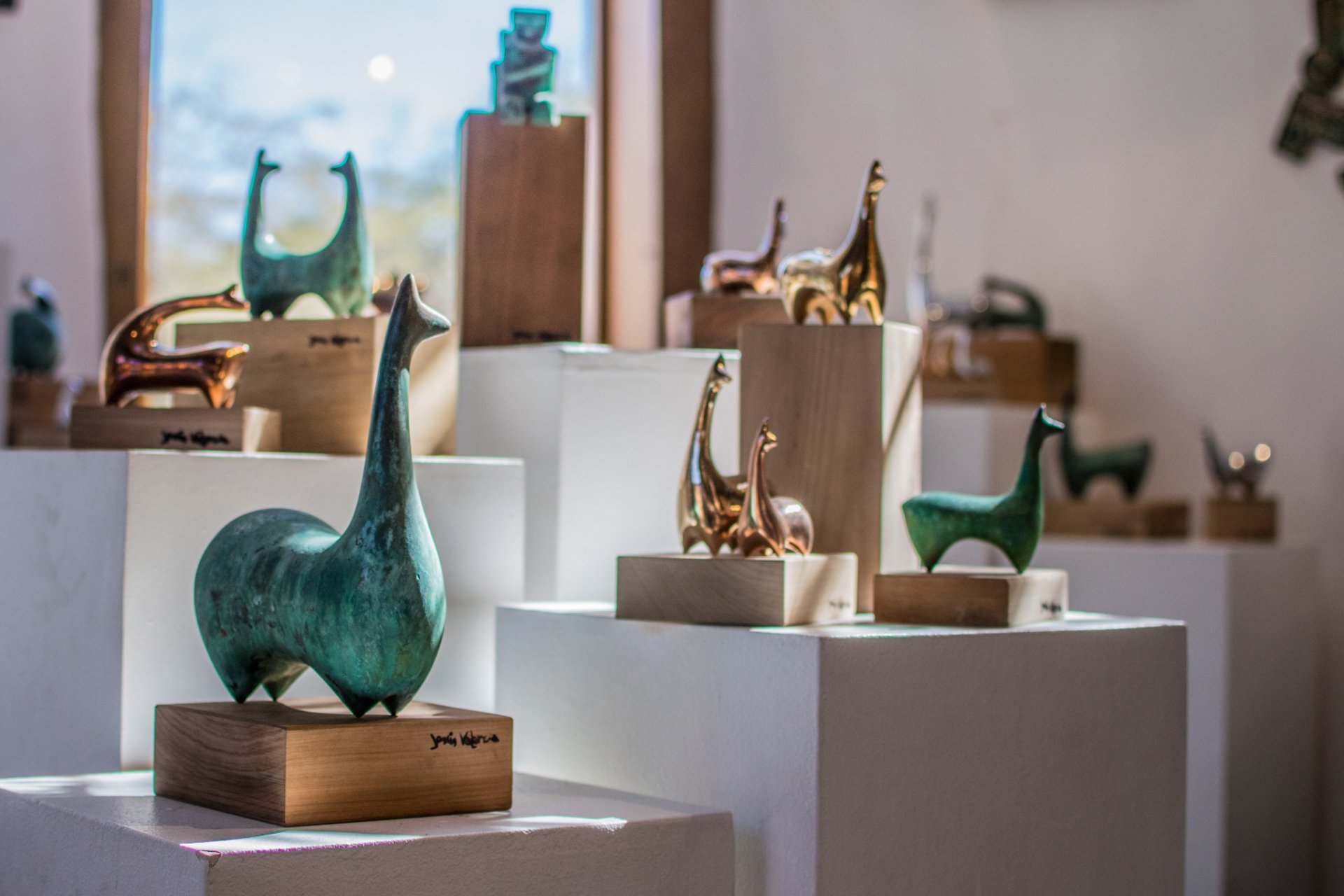 The sculptor says "I wanted to stablish an iconic figurative piece which represent a sacred animal of the Andes: The Llama".

The whole Llama serie is inpired in the smooth and clean lines showed by Henry Moore with his work. And also it's inspired by de pre-Columbian art.

Jesus says "this artwork is a fusion of very different cultures, recreation of ancient concepts with a modern viewing".

Jesús Valencia is a Chilean Sculptor from the Desert of Atacama.

Jesús was born in Curanilahue, a tiny coal mining town in the South of Chile.

When he was 5 years old, he moved with his family to Chiguayante, a little town near the main city of the South of Chile: Concepción.

Jesús studied Mathematics at the Universidad de Concepción, but he wanted to move again, he changed the rainy south for the Desert of Atacama.

He settled in San Pedro de Atacama, a world renown tourist destination in Chile. There, Jesús estarted his way as a self-taught sculptor. In a first approach to learn about metal working technics , he worked as a silversmith. He spent 8 years researching and studying until he realized he was ready to create major artworks.

He worked in his first sculptures in 2009 and he stablished his studio-workshop in the historical town center of San Pedro de Atacama.

Since then, his sculptures has been sold  to private art collectors from all over the world during their visits to Atacama. In this manner, Jesus’ artwork is present in different

“I’m attracted to the meanings which volumes and curves carry, close to the cubist movement. Strong geometric figures and minimalism. Clean strokes. Relating synthesis and meaning.”

Other work of Jesús Valencia