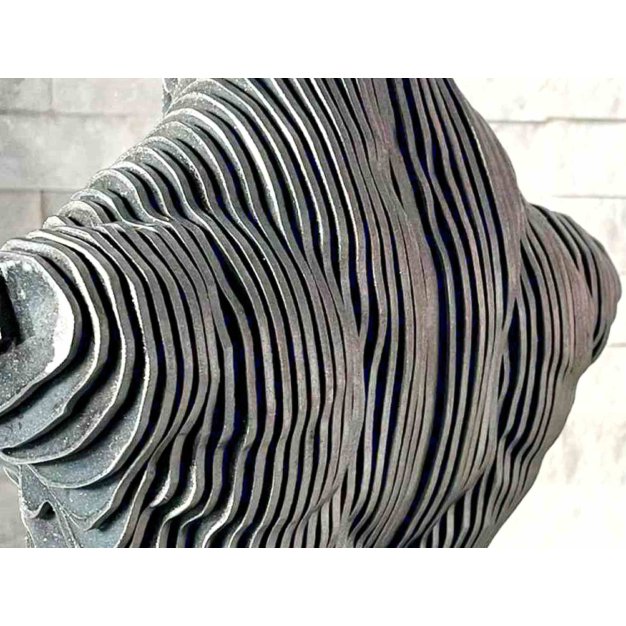 Buy now
Contact the artist
Het wandobject is een originele verbeelding van een aanééngeschakelde huisjes.
Eric van Solm was born in The Hague, The Netherlands, in 1958. Between 1980 - 1985 he attended the Academy of Arts in Rotterdam and studied 'Plastic and Spatial Design’. In 1986 he received a grant from the Ministry of Culture in the Netherlands. Eric van Solm has exhibited several times in Slovakia and he continues to exhibit regularly in the Netherlands.

Dismantled and assembled architectures are central motifs in his work.

Van Solm's reconstructions evoke feelings of loneliness and isolation but at the same time they refer to new spatial possibilities. His creations may be displayed on a wall or be free standing. They invite the viewer to look through the openings to the interior areas. Doors, windows or stairs suggest the presence of a human.

The past few years Van Solm has focussed on making wooden constructions which are experienced as models or landscapes providing order and meaning to life.

Other work of Eric van Solm 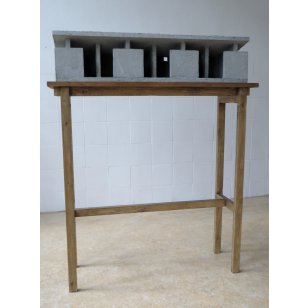 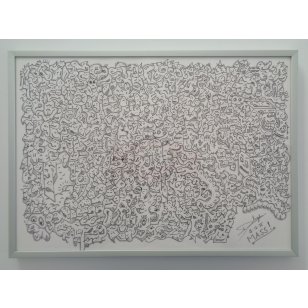