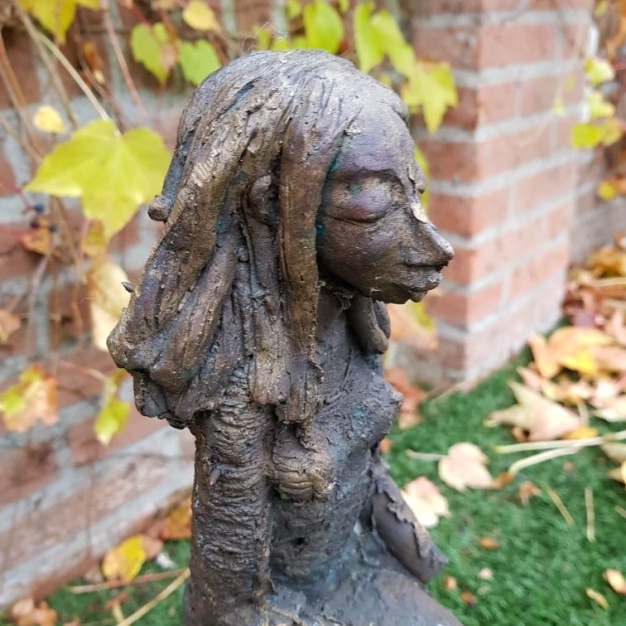 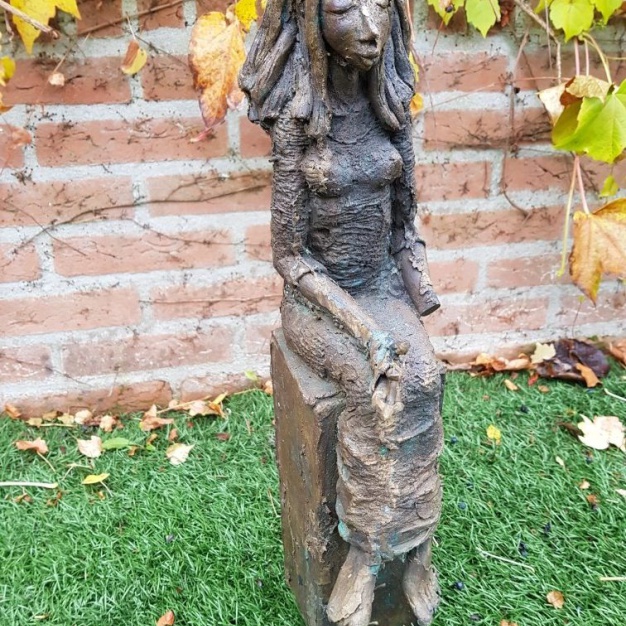 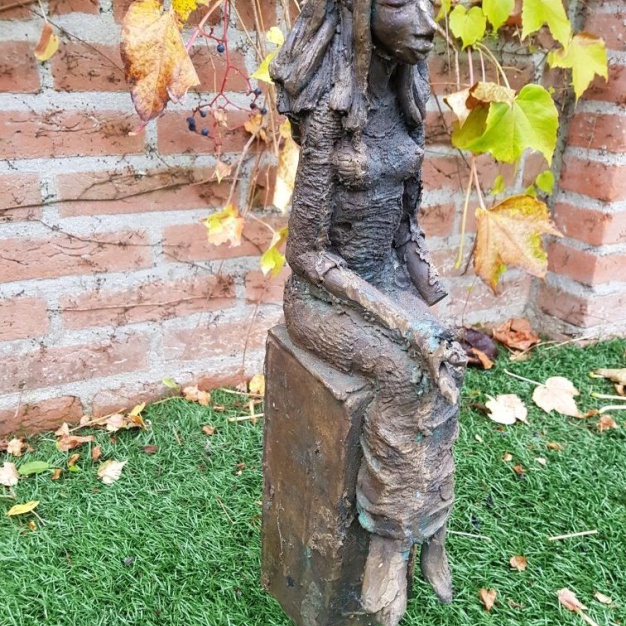 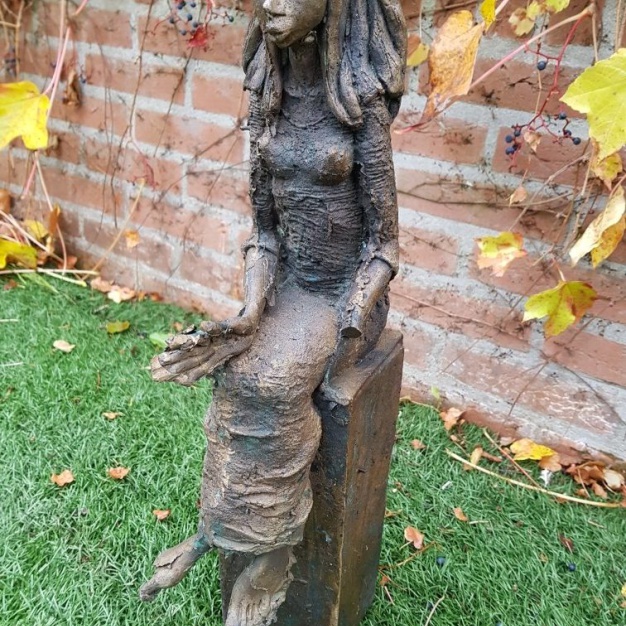 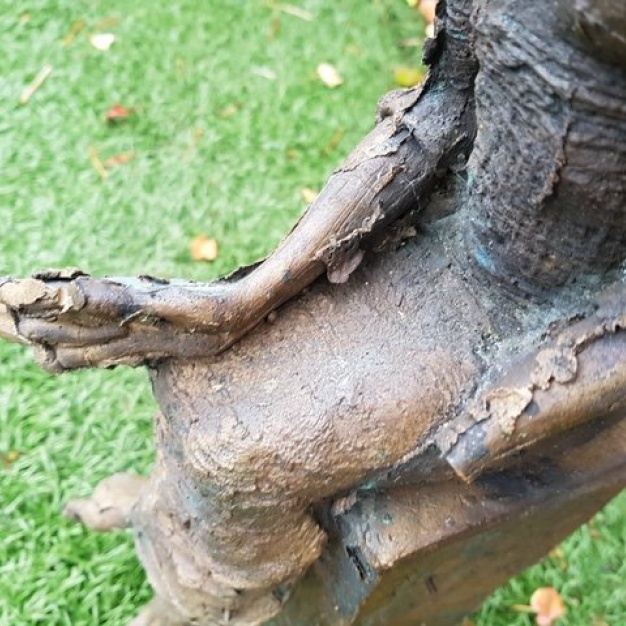 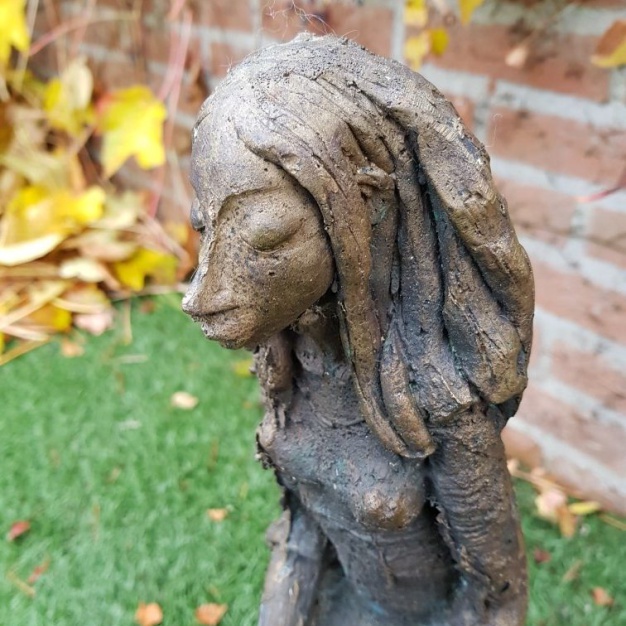 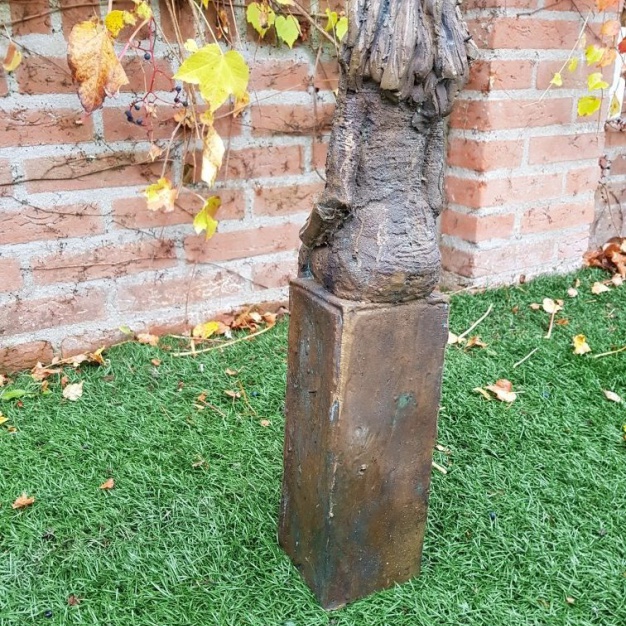 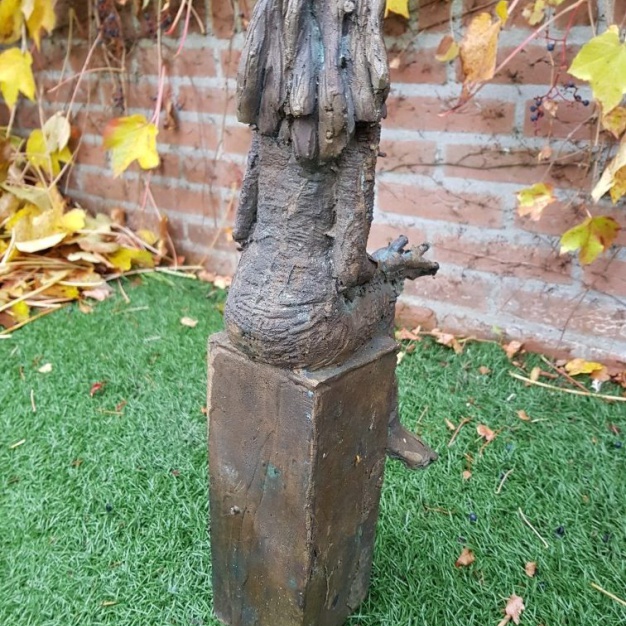 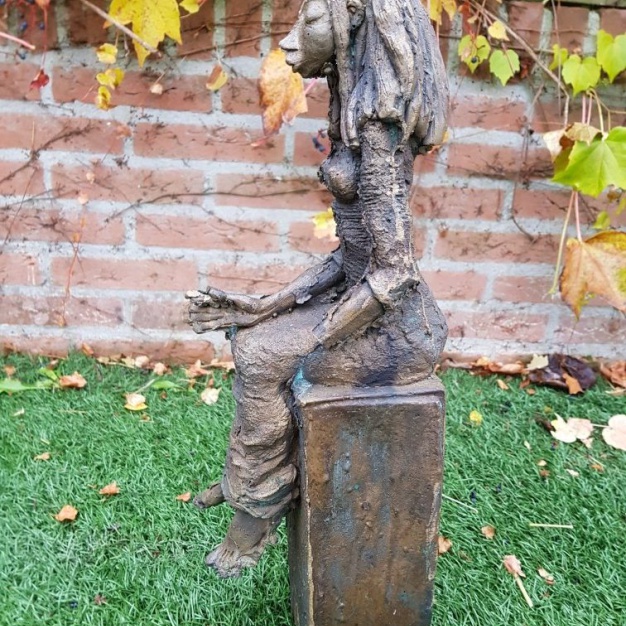 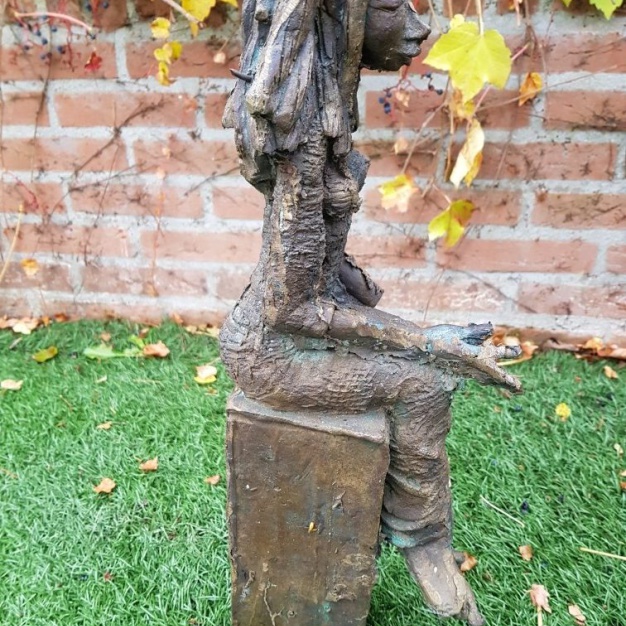 Buy now
Contact the artist
This image, "Misbaksel", by De Keyzer, however, differs from other works from his oeuvre. As far as is known, the work is the only one with imperfections; it almost doesn't seem to be finished. Typical of the "Misbaksel" is that the image is not nicely finished. For example, the figure lacks a hand, but the other fingers and toes are also shown roughly. Because of her striking facial expression, the female figure is still very recognizable for De Keyzer's style. The narrow face, the closed eyes, full lips, broad strands of hair and the clear structure of the nose and eyebrows are similar to other images of De Keyzer.
Dirk de Keyzer was born in Sleidinge, near Ghent, in 1958. At the Royal Academy in Eeklo, Dirk de Keyzer developed a preference for working in bronze. The lost wax method he uses is a labor-intensive and cumbersome method of working in bronze. But these disadvantages do not outweigh the sustainable and timeless result. He is a master of this technique, as evidenced by the fact that he can also produce complex images. Modeling is the biggest challenge for him, all with an eye for the finest detail.

The special patina is also a characteristic part of his style. He gets his inspiration from his travels to Africa and India, but also from the people around him. His images radiate positivity and subtle humor. That this humor can build bridges is evident from the fact that people from different cultures appreciate his images. Because of his unique personal style, he has a unique face in the art world. Dirk de Keyzer mainly creates quirky and elegant female figures, but also stubborn, pleasantly disturbed males. They radiate a sense of life without complexes and encourage them to put things into perspective. Today he is active in various countries around the world and his oeuvre is still growing. Exhibitions in Belgium, the Netherlands, France, Switzerland, Lebanon and the United States of America.