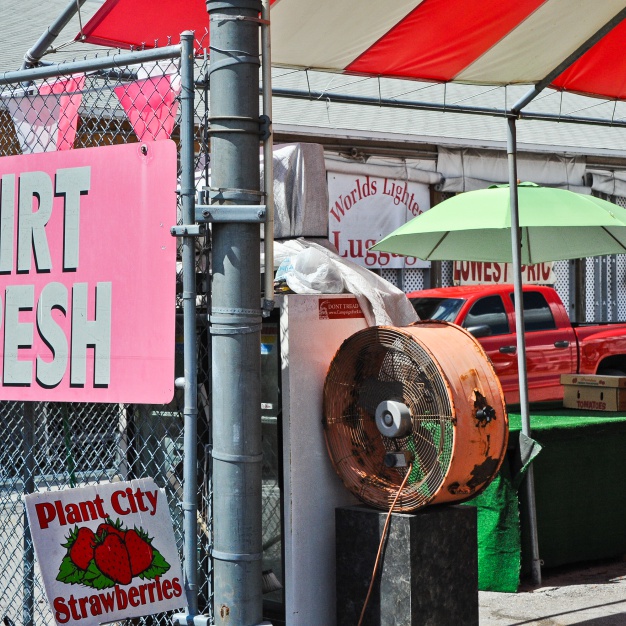 Dennis Church is an American street photographer born in 1949 in rural Iowa, currently living in SW Florida and New York City. His rural upbringing, graduate level education in sociology and psychology, and his long term-commercial photography experience gives him a unique viewpoint practicing street photography in urban and suburban locations. He spent much of his youth moving through the vast open spaces of the rural landscape, driving trucks, tractors and heavy machinery on his parent’s Iowa farm. Photographic exploration while moving through open streets, roads, and public places is a natural extension of that indelible experience.

Dennis also immersed himself in an intensely creative year at the pioneering Aperion Photography Workshops in upstate New York. His photographs have been exhibited in many parts the United States. In addition, his pictures have been featured in both online and hard copy publications in Europe and the United States. In 2012, he became a finalist in the Michael P. Smith Documentary Fund grant competition of The New Orleans Photo Alliance

Color Photography: Americolor
His art steps back from traditional documentary realism, using a subtle abstraction, making it possible to see the world from a new perspective, one not obvious when looking at a common social landscape. In his works, Dennis uses simple shapes and colors in complex and challenging ways. They are engaging, allowing the viewer a satisfaction from the beauty of the world that is more often than not overlooked, even beneath notice. Due to his extensive and unique use of color in work made in the USA he calls his work AMERICOLOR. With his sense of color, organization and some abstraction Dennis seeks to depict a subtle visual coherence from environments that seem inherently disruptive to that.

Passion and Motivation
Describing AMERICOLOR, Mr. Church notes that “Each day we move through a barrage of visual information that results in a cacophony of architecture, advertising, nature, colors, signs and cultural symbols – all creating a landscape that is often chaotic and mind-numbing”. When he first began photographing, a ridiculously obvious idea became a powerful motivating message that gave him permanent bearing: “Photograph what is in front of you!”. This strong intuitive stimulus paved the way for his deep life-long commitment to creating an explorative and inventive visual diary of what was within his reach on the streets, roads and public spaces of his world.
Upon completing several successful grant funded documentary projects in Wisconsin, he was able, with twenty years of commercial work training his eye and technical skills behind him, to exclusively explore his personal visual perceptions. He left assignment and commercial photography work in 2000 and chose to focus exclusively on color photography using newly embraced digital tools which allowed wide ranging improvisational freedom to explore his personal vision in depth.

Recognition, Awards, and Accolades
Dennis has received numerous accolades, recognitions, and awards in the United Sites and beyond. His photographic portfolios have been published by Wonderzine magazine in Moscow, IL Post in Milan, Art Photography Magazine in Prague, It’s Nice That in London, and Oxford Magazine in the United States. His work was featured by the widely followed LENSCRATCH website/blog in both 2013 and 2017. The hugely popular LensCulture site selected his work as one of their favorite portfolios for 2013. His photographs and an accompanying article were published by the Italian In Progress Magazine.

On his work, AMERICOLOR, Dennis further states, “I intuitively explore my strong emotional connection to the vibration of color expressed in American society, making a record I call AMERICOLOR. Wading through the onslaught of the complex visual confusions and distractions of the American social landscape is often anxiety-producing but my resultant pictures are fun and satisfying to me. My intent is to make photographs that organize this chaos into a picture that works. I often end up with semi-abstract zany, quirky or silly images. I really enjoy that, the pleasure of the challenge and results of that process, and I hope the picture is more at peace than the scene it is built from”

Other work of Dennis Church 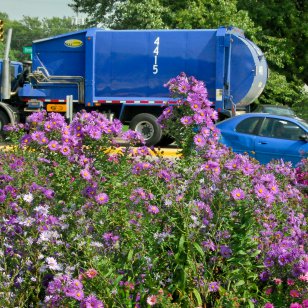 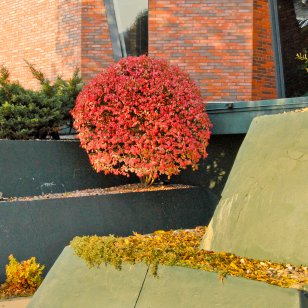 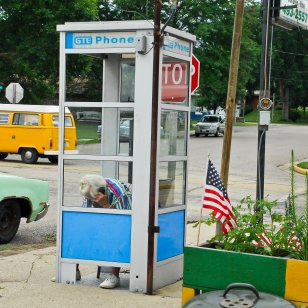 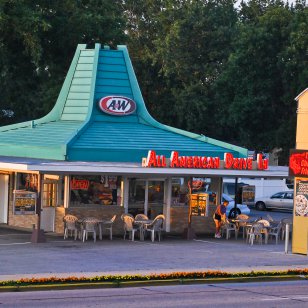 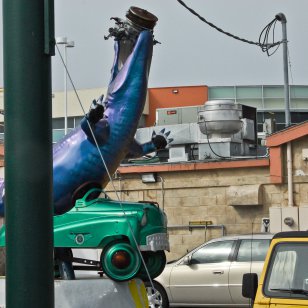 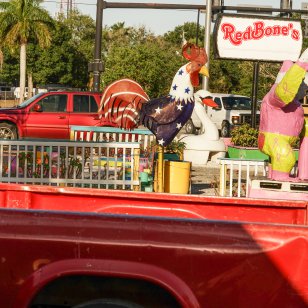 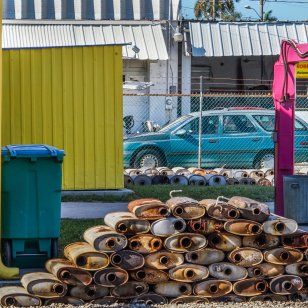 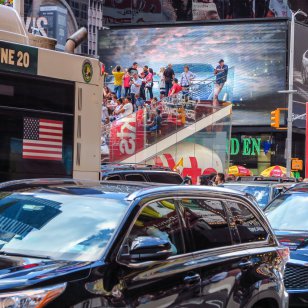