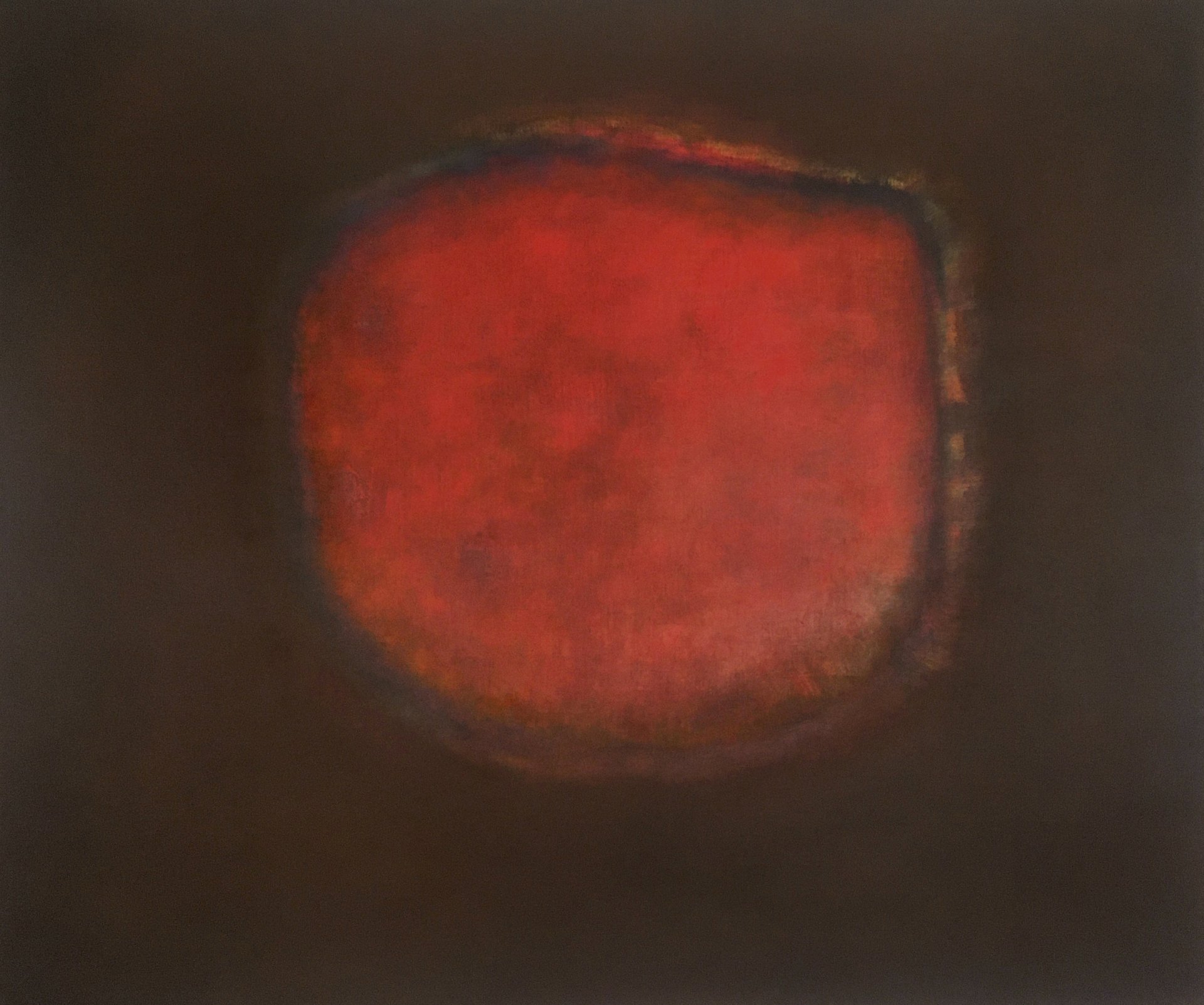 Buy now
Contact the artist
Multi layers of oil paint revealing a red orb which according the tradition of ancient Egypt was called Hardoshir, the guard of the Milky way. The contour shows a vibrant nuance of colours where is combination of reds show an interesting texture within the sphere. When exposed to different lights (natural and artificial) the painting radiates different impressions.
Growing up in Paris in the 60’s, Alain began drawing at the French Academy, ‘La Grande Chaumière’ and in the Montparnasse studios of artists such as Rene Tomasini.

In 87 he graduated with an MA in Mandarin Chinese at the University of Paris 7 after which he lived fifteen years in Asia where he learned calligraphy and practised Taiji and meditation. He also worked at that time in textiles passionated of techniques such as Ikat, Batik and Shibori. In 2002 he established himself in South America where he was captivated by the energy of the Andes and met artist Felix Lazo with whom he deepened his painting practice.

He started painting abstract art in 2004 revealing sceneries and landscapes with multi-layered backgrounds of oil paint whether in fine or thick coatings and using sometimes agglomerate of paints and sand. The process he uses has a deep connection with his inner-self exploring the unconscious and allowing the creativity to flow. A practice he nurtured early on with meditation and automatic drawing.

Oil painting fascinates him as a medium and so does the canvas offering endless possibilities in both the use of colours and texture. The exposure he had whilst he worked in textiles has enriched his perception of colours and the feeling of the canvas construction. The influence of many years living in Asia and South America, absorbing different cultures and techniques have also enriched the palette and the complexity of his work.

Alain shares now his time between his Studio in France and London. He is regularly exhibiting in the UK and also in France. His work is in private collections in the States, Europe and Japan.

Other work of Alain du Pontavice

Stars on a misty night 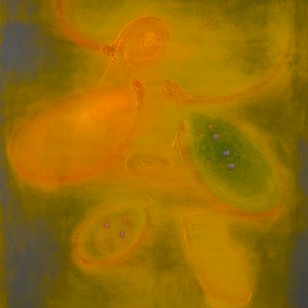 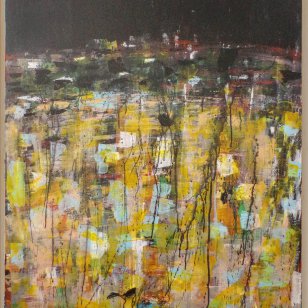